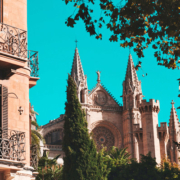 We know you’ve heard this before, but Palma is actually a Mediterranean gem. This city manages to win over hundreds of hearts every year due to its spectacular location, lovely weather, breathtaking natural scenery, lively shopping scene, fun gastronomic offer and impressive architecture. Today we’d like to focus on the latter, giving you a glimpse of what to expect to see when walking around the city centre.

With many influences and centuries of history, you will be able to discover Palma’s true essence by walking through the cobbled streets of the city’s Old Town and entering impressive buildings that have been converted into museums, cafés or shops. Today we wanted to give you a guide to see some of the most beautiful buildings in Palma.

There’s no other way to start a post about Palma’s architecture than talking about Palma’s cathedral, La Seu. This Gothic masterpieces’ construction began in 1229 during the reign of King James II, but it wasn’t completed until 1601. In the 17th and 18th century baroque elements such as altarpieces, paintings and sculptures were added to the interior of the cathedral. Gaudí also worked on the cathedral in the period from 1904 to 1914. 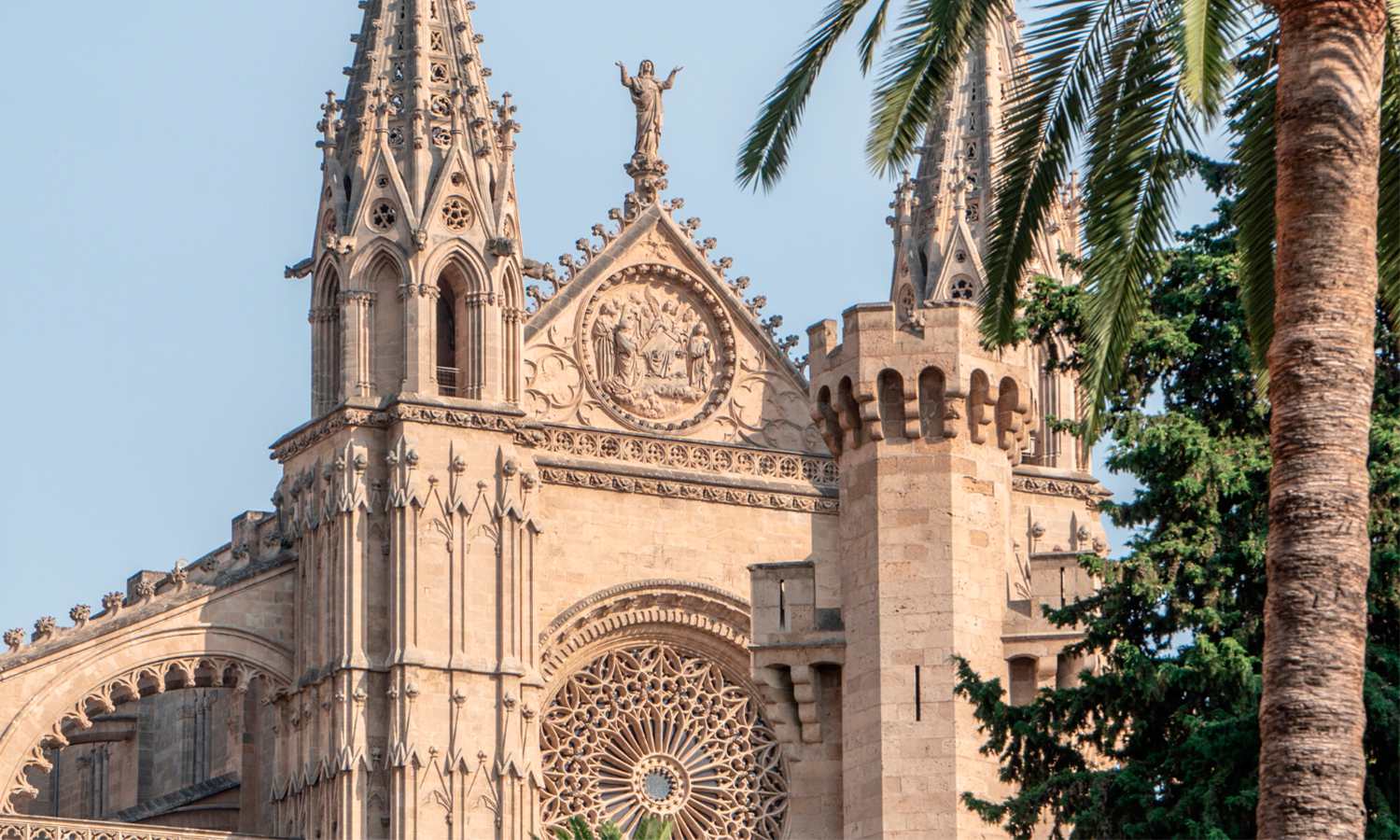 One of the highlights of our beautiful cathedral are its seven rose windows and 83 windows which have led to its nickname ‘the cathedral of light’. With an impressive location, right in front of the sea, ‘La Seu’ is Mallorca’s most famous landmark.

Adjacent to La Seu you will find another historic landmark: the ‘Palau de la Almudaina’, a stunning medieval palace which is now the official residence of the King of Spain when he visits Mallorca.

On previous occasions we’ve talked about the neighbourhood of ‘La Lonja’, one of the liveliest spots in the city to go for dinner or drinks. This trendy neighbourhood takes its name from the most famous building in the area: ‘La Lonja’. 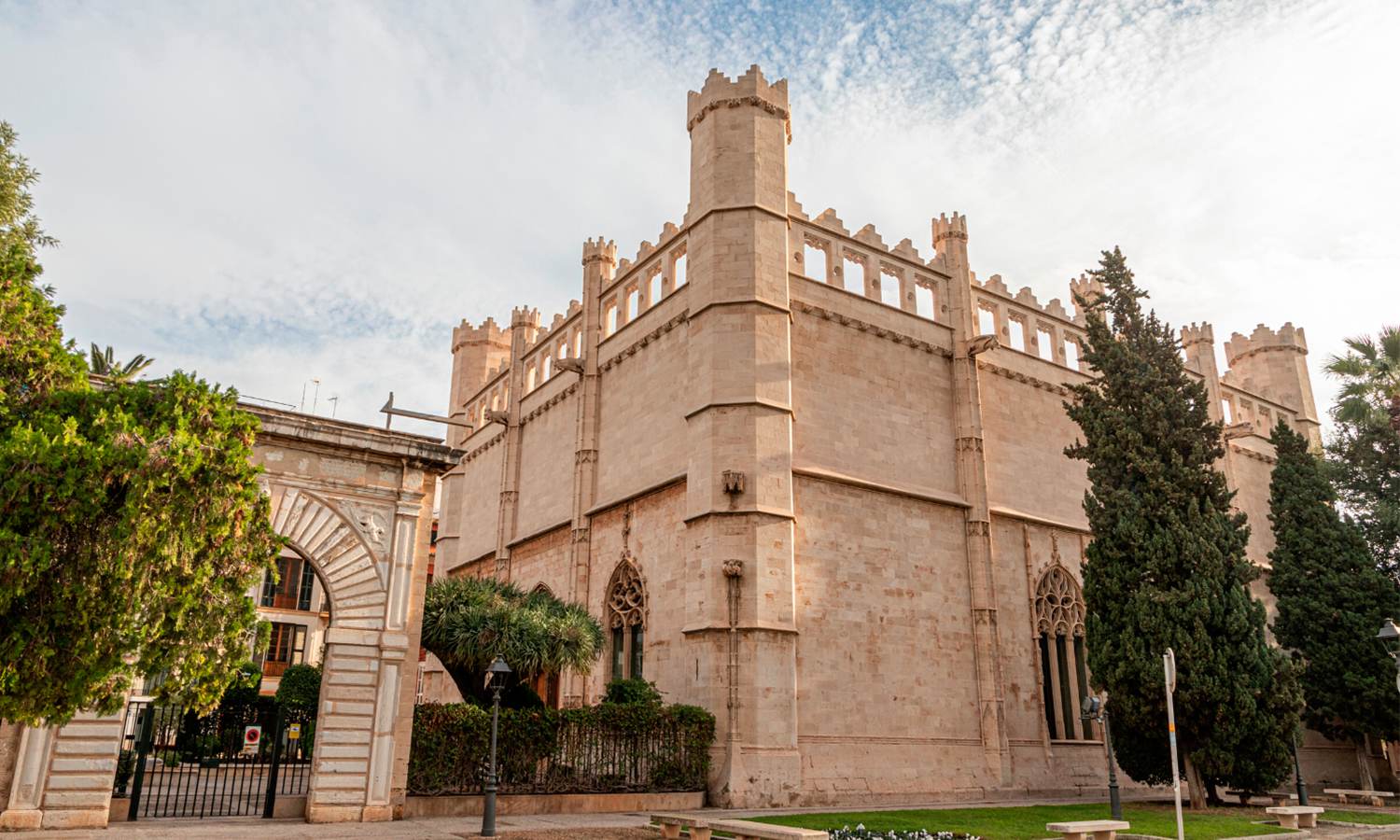 The building which was once a major mercantile exchange and meeting place in the city was built between 1420 and 1452 by famous architect Guillem Sagrera. Featuring a ribbed vault ceiling divided into twelve parts and Gothic-style arch windows, its castle-like turrets, delicate stonemasonry and stunning courtyard make the building a unique example of Gothic architecture.The ‘Angel Custodio’ visible above the main entrance was made by the architect himself and holds a band reading ‘Defender of Merchandise’.

Modernist and Art Nouveau in Palma

Did you know that Gaudí spent ten years on the island, which is why there’s such a strong Modernist influence on the island? The ‘Casasayas’ building and ‘Pensión Menorquina’, for example, are Modernist-Art Nouveau style buildings with symmetrical and dynamic elements designed simultaneously in 1908 and 1909, and are separated by a narrow street called Calle de Santacília. 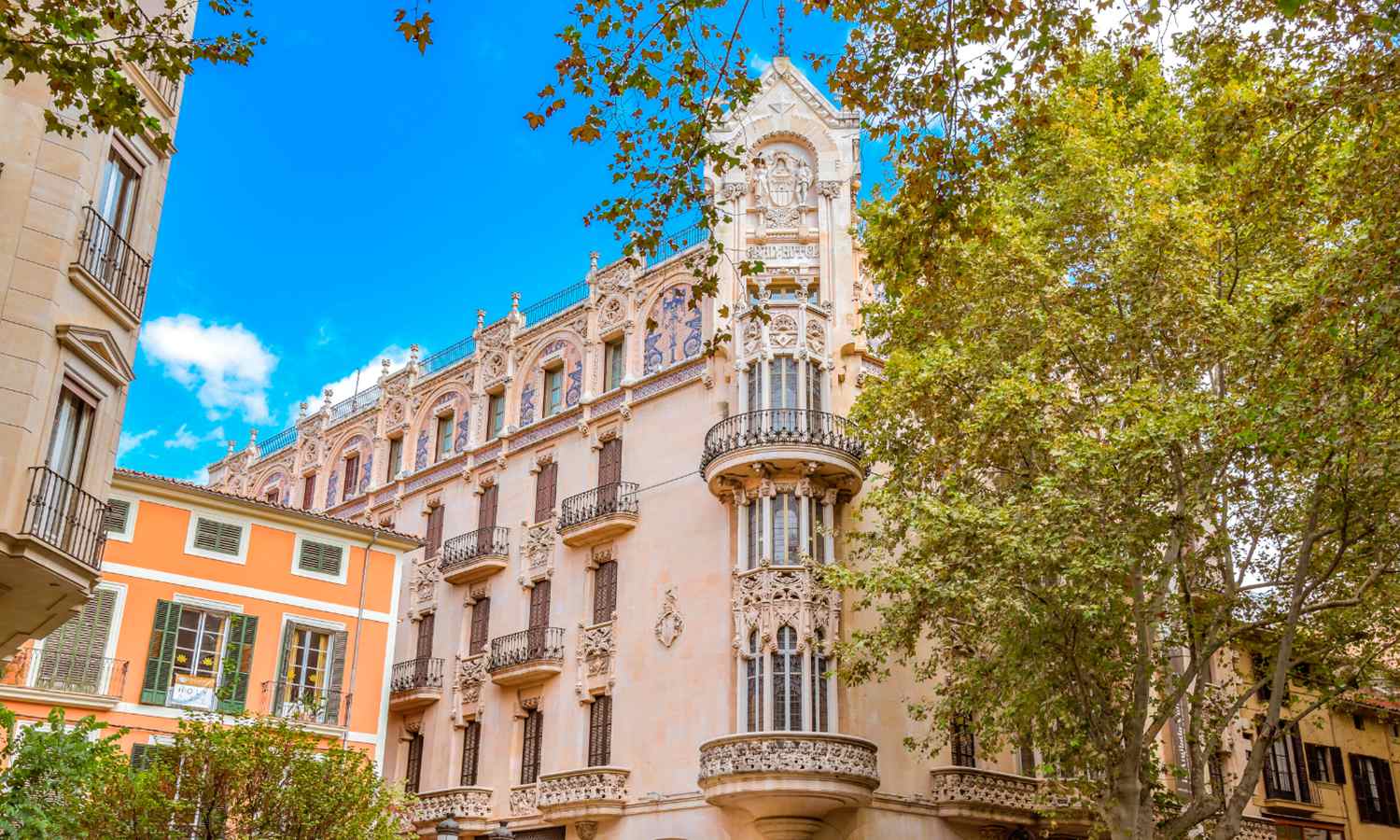 Opposite these buildings your eyes will quickly be drawn to the ‘Gran Hotel’ Palma’s first luxury hotel which opened in 1903. Designed by Catalan architect Lluis Domenech I Montaner, the modern Art Nouveau style landmark was the first of its kind in the city, sparking a wave of new buildings with this attractive and innovative architecture. Today it is home to ‘Fundacio La Caixa’, a gallery with a permanent exhibition from Catalan artist Herman Anglada-Camarasa as well as a rotation of temporary exhibitions and tons of activities for children and adults.

‘Can Forteza Rey’ is another example of the Modernist Art Nouveau movement in Palma. The spectacular decoration of the façade with their intricate broken tile mosaics (trencadís) is continued into the interior of the five-storey building, which was originally intended as an apartment block.

We hope this guide to discover some of Palma’s architectural gems will help you to make the most out of your stay in Palma. Of course, we will be pleased to have you staying at Nakar Hotel. Let us take care of you!

A local’s guide to the Northeast of the island

Scroll to top
This website uses our own cookies and third-party cookies to collect information in order to improve our services and show users publicity that matches their preferences. Your continued use of this website constitutes acceptance of the installation of these cookies. The user has the option of configuring their browser in order to prevent cookies from being installed on their hard drive, although they must keep in mind that doing so may cause difficulties in their use of the webpage. ACCEPT ALL Settings Read More
Cookies Settings